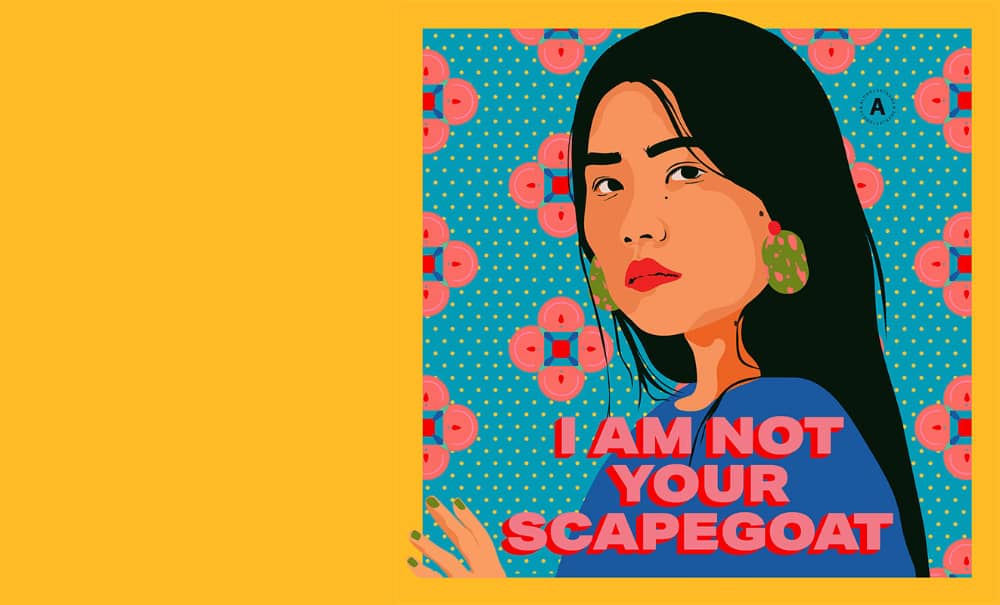 Warm greetings in late summer to all our generous readers. We begin with two pieces of good news. On July 29, the City Council finally passed legislation that protects over 300,000 domestic workers in NYC—mostly immigrant women of color—from workplace abuses. And this week the Biden administration, under intense grassroots pressure, extended a pandemic-related rent moratorium in areas with ‘substantial’ or ‘high’ COVID risk (including all five NYC boroughs). The two-month extension defers the threat of eviction for 11 million people nationwide. In central Queens, thousands of immigrant households can, for now, breathe more easily.

This week’s newsletter features an in-depth article on the history of anti-Asian violence in the US. Even as the media spotlight dims, attacks on people of Asian descent continue. JHISN joins the collective call to #StopAsianHate.

Since the first wave of Chinese migrants came to the US in the 1850s, there has never been a single day that Asians have not experienced institutional and direct personal racism. But beyond this baseline level of white disrespect and systemic discrimination, US history has periodically witnessed particularly intense waves of social hatred against Asians and Asian Americans. We live in such a time.

There have been more than 6,600 reported attacks against Asian Americans and Pacific Islanders (AAPI) since the beginning of the COVID-19 pandemic. But most attacks are not reported. Virtually every Asian family in the US has been subjected to verbal abuse or worse. Of reported incidents, the majority targeted women. The current wave of hatred is national, but it’s concentrated here, in New York City. According to a July NYPD report, this year anti-Asian hate crimes in the City increased by 400 percent from 2020. Queens, with its large Asian population, is a hotbed of these racist incidents. The 109th Precinct, which includes most of Flushing, has the second-highest number of reports in the City, after Manhattan’s Chinatown.

The statistics are brutal; the viral videos of street attacks are horrifying. But for AAPI people and those in solidarity with them, the challenge is to go below the surface of well-meaning “anti-hate” slogans. How to confront the deep social roots of anti-Asian racism and violence in this country, and find solutions based on building community power rather than increasing invasive policing and carceral trauma?

Asians make up about sixty percent of the world’s population, residing in some fifty countries, many of which have long and sometimes contentious interrelationships. Asian immigrants bring with them a wide range of histories, cultures, religions, and languages. But these complex realities mean little to many North Americans.

Fed into the meat grinder of white supremacy, Asians and Asian Americans emerge repackaged as a series of stereotypical identities to be slotted into the US racial hierarchy. In response, Asian Americans are fighting to construct a respectful, functional unity—unity that recognizes different national identities, repudiates racist stereotypes, and promotes mutual self-defense and power.

In the mid-19th Century, as the US consolidated its hold on stolen lands in the West, and financial trusts laid the foundations for monopoly power, Asians were treated as exploitable, disposable workers by white capital. Chinese workers built the Transcontinental Railroad, working under abusive and incredibly dangerous conditions. Filipino workers’ arduous stoop labor helped turn California into an agricultural powerhouse.

Today, in contrast, Asian Americans are often portrayed as an “almost white” “model minority,” who “prove” that there’s lots of opportunity for everyone in the US. And so if Black people or other people of color don’t succeed, it’s their own fault. This is pure mythology—not only because so many Asians continue to be exploited at the low end of the labor market in restaurant kitchen and delivery jobs, domestic work, sex work, salons, home health care, factory sweatshops, etc. But also because even “successful” Asian Americans endure routine discrimination and white aggression, as vividly described by writers like Cathy Park Hong and Viet Thanh Nguyen. And Asian Americans of all classes face abuse and threats of racist violence, both random and organized.

The model minority myth is also dangerous. For Asians who buy into it, it promotes anti-Black racism, driving a wedge between African Americans and Asians, and making both more vulnerable to white power and white violence in the service of white hegemony.

Asians may have been assigned different functions within the US racial hierarchy over time. But of all the roles inflicted on Asian Americans by the white power structure, one has been consistent through the years: Scapegoat.

And now, we have the coronavirus. Which Trump calls the “China virus” and the “Kung flu.” In the background, a growing US rivalry with China stirs dangerous nativist passions. Murdered massage parlor workers are blamed for white men’s “sex addiction,” just as Asian women were accused of “sexual deviancy” in the 1870s. Once again Asian migrants are turned away or threatened with deportation. In this perilous time, it’s crucial to acknowledge the deep structural nature of anti-Asian scapegoating in the US, and how fast it can grow to monstrous proportions.

Asian Americans are united in grief and outrage, but less united on how to respond politically or practically. Many “Stop Asian Hate” demonstrations have been held around the country, including in Flushing, where over a thousand people marched on May 2. Community street patrols have been set up here and in several other cities, while whistles and alarms are distributed by non-profit groups. There’s been a huge jump in sales of guns to Asians. But nobody really believes that these actions are enough.

In the past year, Asians have debated the role of police in stopping abuse and violence. Many progressive activists oppose giving cops more resources and insist on fully supporting Black Lives Matter. They argue that hate crime laws expand the criminal punishment system and are sometimes employed to prosecute Black people for “racial bias” against white people, or even to fabricate “hate crimes” against the police.

When local Congresswoman Grace Meng and Senator Mazie Hirono introduced a federal bill in March aimed at amplifying the police response to Covid-19 hate crimes, grassroots organizations pushed back. Over a hundred Asian and LGBTQ groups signed a statement “reject[ing] hate crime legislation that relies on anti-Black, law enforcement responses to the recent rise in anti-Asian bias incidents.” On July 20, Meng announced she had secured $30 million to expand provisions in her COVID-19 Hate Crimes Act. Perhaps in response to criticism of the bill, the new funding supports community-based organizations that promote “non-carceral approaches to conflict resolution.”

A deep grassroots strategy is epitomized by CAAAV: Organizing Asian Communities, a group of working-class migrants, mostly from China, Bangladesh, and Korea. CAAAV, which opposed the Meng/Hirono bill, has defended Asians in New York for decades. They’ve become outspoken proponents of basing Asian safety on community power and transformative justice. CAAAV is currently focusing on building Asian Tenant Unions in Manhattan’s Chinatown and in Queens public housing, where they work closely with Black and Latinx allies. They are also building a CAAAV Youth Project. CAAAV is abolitionist—they oppose punitive hate crime enforcement. As one CAAAV organizer puts it, “There are no shortcuts to safety. The only safe community is an organized one.”

Searching for effective solutions, some activists are studying a previous wave of Asian activism. Starting in the 1960s, anti-imperialist radicals inspired by the Black Panthers and Malcolm X were the first people to use the term “Asian American.” Working closely with Black and Chicano groups, they were part of the large, militant Third World Liberation Front student strikes of 1968-9 and left-wing formations of people of color. Asian activists set up community centers and clinics and “serve the people” free food programs. They fought gentrification of working-class Asian neighborhoods, notably in the decade-long militant resistance to the eviction of elderly Filipino and Chinese people living in San Francisco’s International Hotel. That generation of Asian American radicals also organized within unions and women’s organizations and promoted the development of Asian American culture, including Asian American literature.

In the face of surging anti-Asian violence, lessons from the past are indispensable. As historian Courtney Sato says, “This is really not an exceptional moment by any means…It’s really part of a much longer genealogy of anti-Asian violence that reaches as far back as the 19th century.” On the other hand, many things are quite different from the 1870s, or the 1970s. What combination of approaches—from coalition-building to street self-defense patrols to mass mobilizations to cultural interventions to patient community organizing—can best build power and defend Asian American communities from the most recent incarnation of white scapegoating? How to build lasting solidarities that support Asian-led organizing? The answers are being invented in struggle right now.