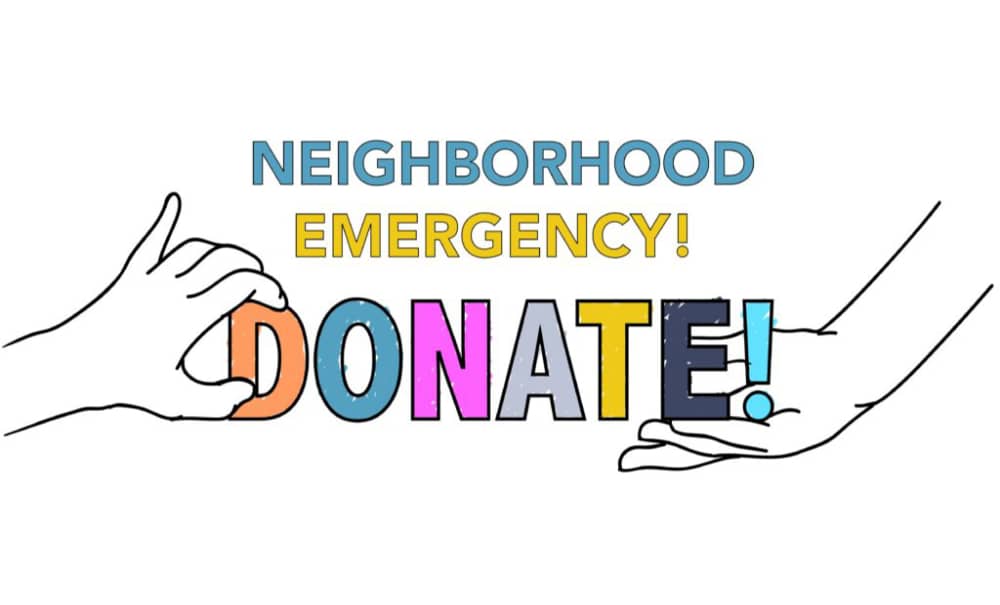 We are cheered by evidence of Jackson Heights’ creative resilience and community strength just months after being the epicenter of the epicenter of the COVID crisis. A cover story in the New York Times (9/23) describes the vibrant community scenes that have bloomed all along the Open Street on 34th Avenue. Early autumn nights in the neighborhood are animated by improvised sidewalk dining and music in the streets. But underneath the lively resurgence of street life is the less visible loss, suffering, and economic vulnerability of so many community members.

As we reported in our August 15 newsletter, neighbors in Jackson Heights are now facing ‘the cliff’: that dangerous edge where housing and food insecurity, income loss, unemployment, illness, and lack of government support threaten to push people into economic free fall. Emergency relief from the federal government has excluded immigrants, especially those who are undocumented. Local immigrant justice organizations have stepped up to protect people and build community power. They need your support. We ask each of you this week to:

Here are six extraordinary immigrant-led local groups. Please click on the group’s name to connect directly to their fundraising webpage:

Your donation will support Adhikaar’s mutual aid relief efforts during the crisis including the supply of direct relief, community education and the ongoing struggle for systemic change and community empowerment.

Damayan’s Emergency Fund provides direct material support during the pandemic to community members, prioritizing those who are unemployed, sick, elderly, or families with small children.

Desis Rising Up and Moving (DRUM)

DRUM is a multigenerational, membership-led organization of South Asian and Indo-Caribbean working-class immigrants, women, youth, and undocumented families. Founded in 2000, DRUM has built a unique model of community-based organizing where members lead social and policy changes that impact their own lives–from immigrant rights to education reform, civil rights, and worker’s justice.

Make the Road carries out extensive organizing to empower immigrant Latinx communities. As a locally-based and statewide organization, Make the Road New York builds the power of immigrant and working-class communities to achieve dignity and justice through community organizing, transformative education, policy innovation, and survival services.

NICE is a nonprofit organization dedicated to improving the lives of vulnerable and precarious immigrant workers and their families in New York, with a focus on day laborers, domestic workers, and newly arrived immigrants. For over 20 years, NICE has offered an extensive set of services, community organizing, and leadership development programs.

Your donation will support NICE’s front-line impacts in our community. NICE has launched and continued vital food access, cash assistance, and overall case management programs during the pandemic.

QNU is a community-based organization made up of members from Jackson Heights, Corona, and Elmhurst. QNU believes in establishing democratic control over land-use, policing, and immigration policies that directly impact us, our families, homes, businesses, places of work, and neighborhoods. Through grassroots organizing, leadership development, advocacy, and community education, QNU builds power to fight criminalization and displacement in our communities.

Donating to QNU will provide mutual aid to neighbors in need during the pandemic.

Support our Neighborhood Emergency! fundraising campaign. Share this newsletter and link to the fundraising webpage jhimmigrantsolidarity.org/emergency with your friends and local networks!