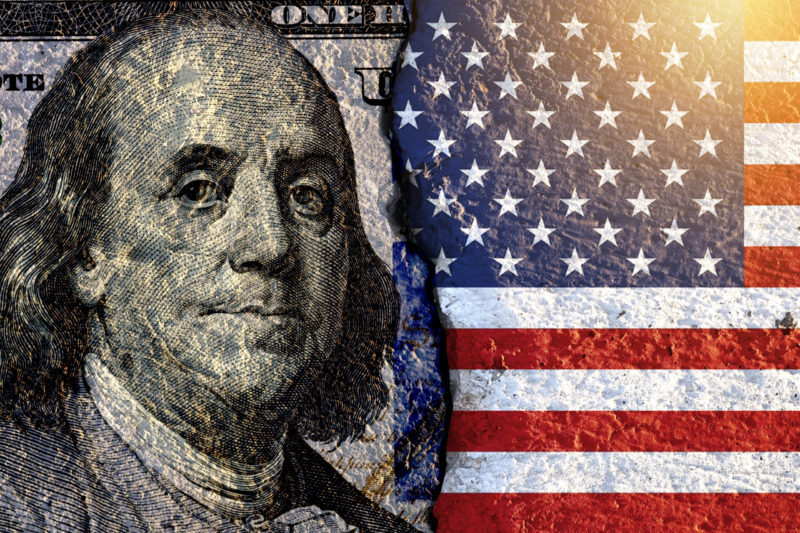 A letter from Nick Gulotta, Director of Outreach and Organizing, Mayor's Office of Immigrant Affairs:

It is important to know:

·         There is no “public charge” test for green card holders who apply for citizenship.

·         The public charge rule does not change eligibility requirements for public benefits.

What you can do: Attached is an updated flyer in English and Spanish to share with anyone who can use it. You can also post PSAs on social media and in newsletters from MOIA’s social media tool kit, and visit nyc.gov/publiccharge for updates. Translations will be posted on our website as soon as they become available.

Statement from the Mayor’s Office of Immigrant Affair’s Commissioner Bitta Mostofi:
“I am deeply troubled that the court has allowed this dangerous Public Charge Rule to go into effect, for now, placing the well-being of millions of families, children, the elderly, and people with disabilities at risk.  The City will do everything in its power to connect people to the resources they need and to help dispel the confusion the Rule has created.  It’s important to know that eligibility for public benefits has not changed and many immigrants are not affected by public charge. It is also important to know that the case is still being fought in court.  Don’t stop using public benefits unnecessarily.  If you are worried or have questions about immigration and public benefits for you or your loved ones, you can call the free, confidential ActionNYC hotline at 1-800-354-0365, or call 311 and say ‘Public Charge’ to access timely and trusted information and connections to legal help. The City is here to help you make a decision that is best for you and your family.”

Statement from Mayor Bill de Blasio:
“Immigrant New Yorkers are our neighbors, our friends, and our fellow parents. We cannot stand by while they are treated as less than human – expected to weigh putting food on the table against the need for a Green Card. The Trump Administration wants to scare us into silence, but this is New York City. We are still in court and we will not stop fighting for the rights of immigrants to feed their families.”

In community and solidarity,

More information can be found in this PDF, in ENGLISH and SPANISH. 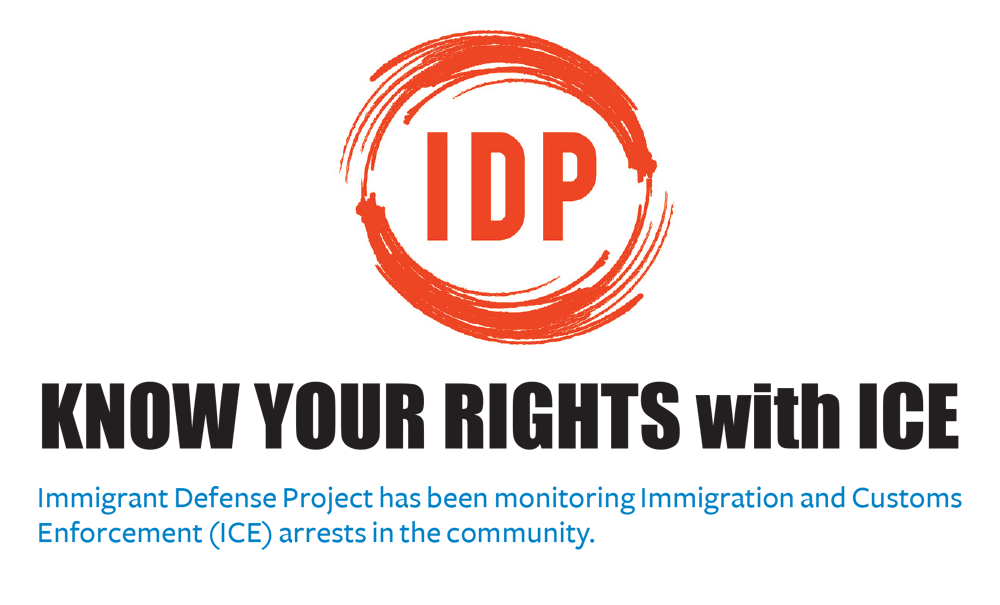 “The Trump Administration’s threats of immigration enforcement have many families worried.  The de Blasio Administration wants to ensure all New Yorkers, regardless of immigration status, know that they have rights and protections under the law. If you are worried about what the President’s actions could mean for you and your loved ones—particularly if you have ever been in deportation proceedings, have received an order from immigration court, or have concerns about your immigration status—call the ActionNYC hotline at 1-800-354-0365 to receive free and safe immigration legal help.”

Bitta Mostofi
Commissioner of the Mayor’s Office of Immigrant Affairs

Following remarks by President Trump this week, it has been announced that ICE will begin mass actions in 10 major cities, targeting undocumented immigrants in pre-dawn raids. Immigrant Defense Project and the New York Immigration Coalition have put together a series of flyers, posters and toolkits to help you know your rights if ICE come for you.

PLEASE READ THESE DOCUMENTS AND KNOW YOUR RIGHTS! 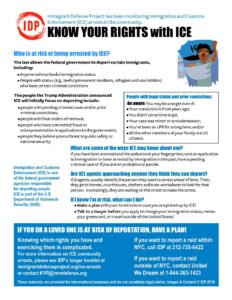 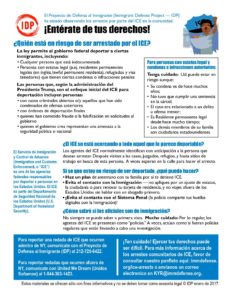 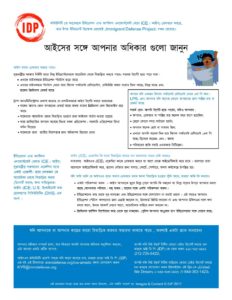 OTHER LANGUAGES ARE AVAILABLE HERE

YOU HAVE RIGHTS! MAKE SURE YOU KNOW THEM! 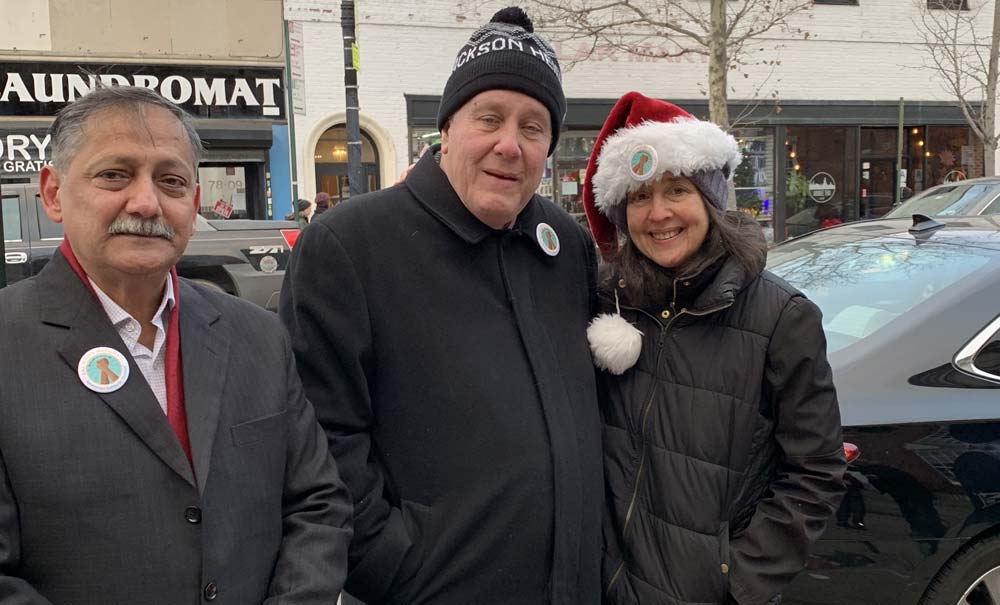 On December 8th we held our Public Charge Comment Event, outside the Jackson Heights Post Office. The aim was to help as many people as possible make their comments against the Trump administration’s Public Charge Proposal. The turnout was fantastic, and it was a joy to see so much of our community getting involved. Thank you to everyone who participated, and to Isa Newman-Rodriguez for the pics! 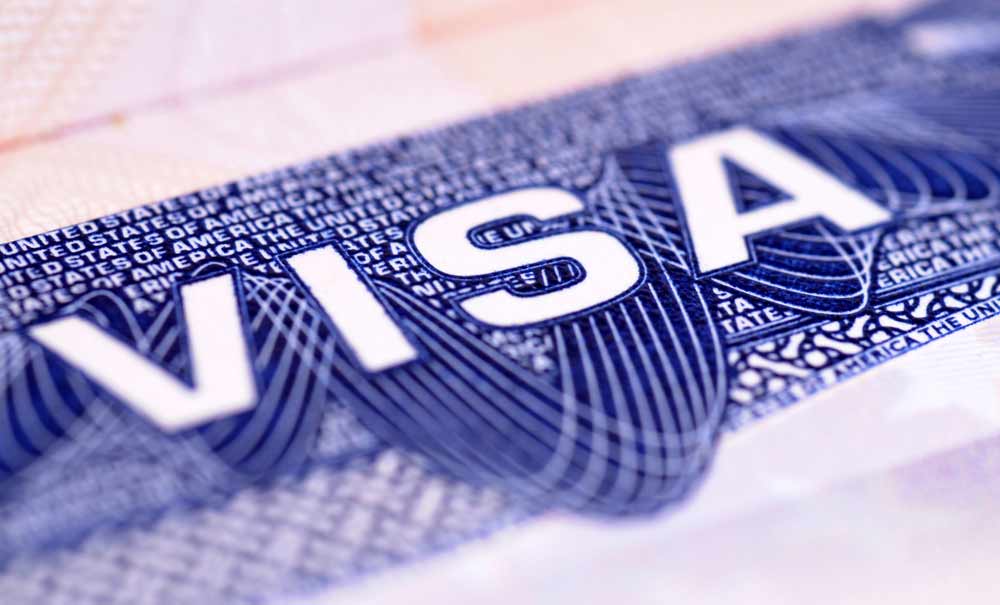 Update (10/11/19): A Judge in New York has issued a nationwide preliminary injunction which stops the Department of Homeland Security’s “public charge” regulation from going into effect. This is a victory for immigrant families. The legal fight will continue, but for now, the rules in the United States have not changed.

President Trump’s “Public Charge” proposal will force millions of immigrants to choose between public services and seeking permanent residence, by making it harder for those who have used public services to get their Green Card.

Before the rule can be finalized, however, the administration is required by law to review and respond to every unique public comment they receive.

This rule will threaten the health and well-being of my children.
—
I disagree with this rule because I have paid my taxes and should be entitled to receive help without jeopardizing my chance for a Green Card.
—
This rule could cost our economy $164 billion a year and drive up poverty, hunger & housing needs. 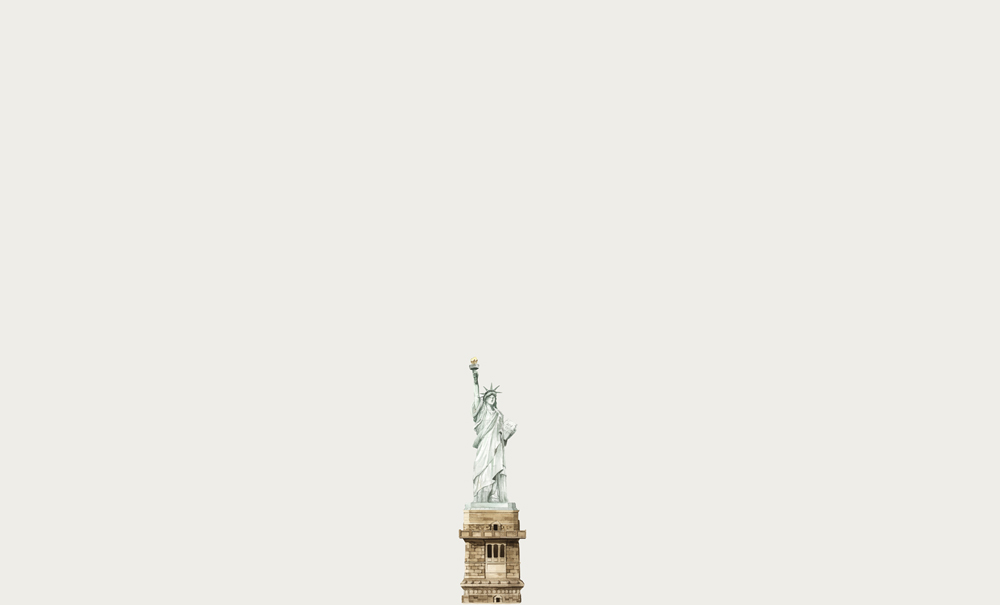 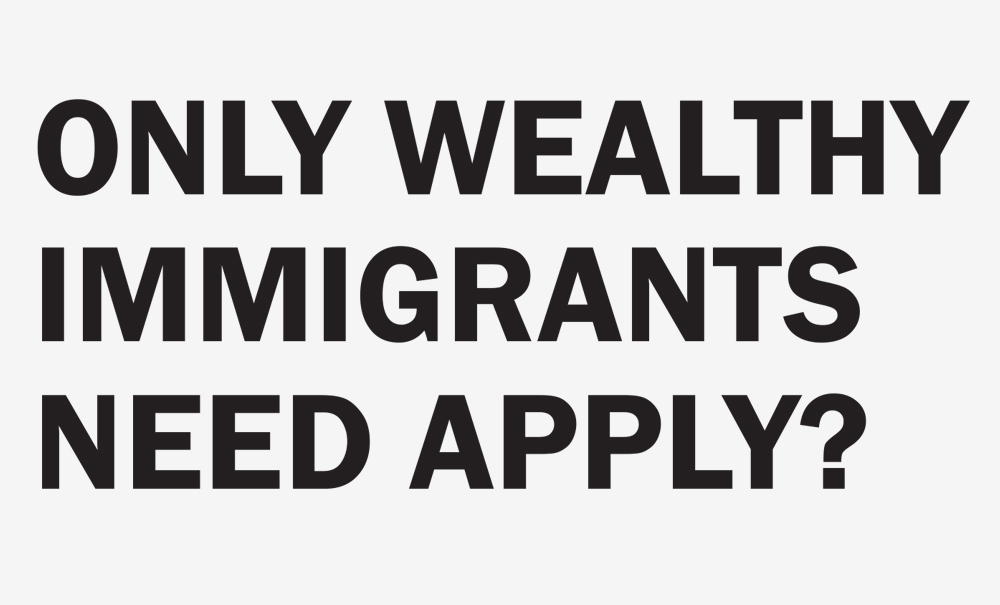 The Public Charge Rule: A New Wealth Test for Immigrants WE MUST STAND UP FOR AN INCLUSIVE AND WELCOMING AMERICA.

For over 100 years the “public charge test” has been part of US immigration law, used to define those who depend on the government as their main source of support. Until now, “public charge” has been narrowly applied to people receiving government cash assistance or institutional long-term care.

The Trump Administration has published a Public Charge proposal in the Federal Register. It vastly expands the definition to include many health and welfare programs for children and families. The proposed rule could make working class and lowincome immigrants who participate in medical and social service programs–food stamps (SNAP), Medicaid, public housing, and more–ineligible to receive a green card.

The rule has not yet gone into effect, but news of it has frightened many needy immigrants away from crucial support to which they are legally entitled. With about one in four children having at least one immigrant parent, this issue touches millions and is critical now and for our nation’s future.

PLEASE TAKE 15 MINUTES AND SEND COMMENTS BEFORE DEC. 10 TO: https://protectingimmigrantfamilies.org/