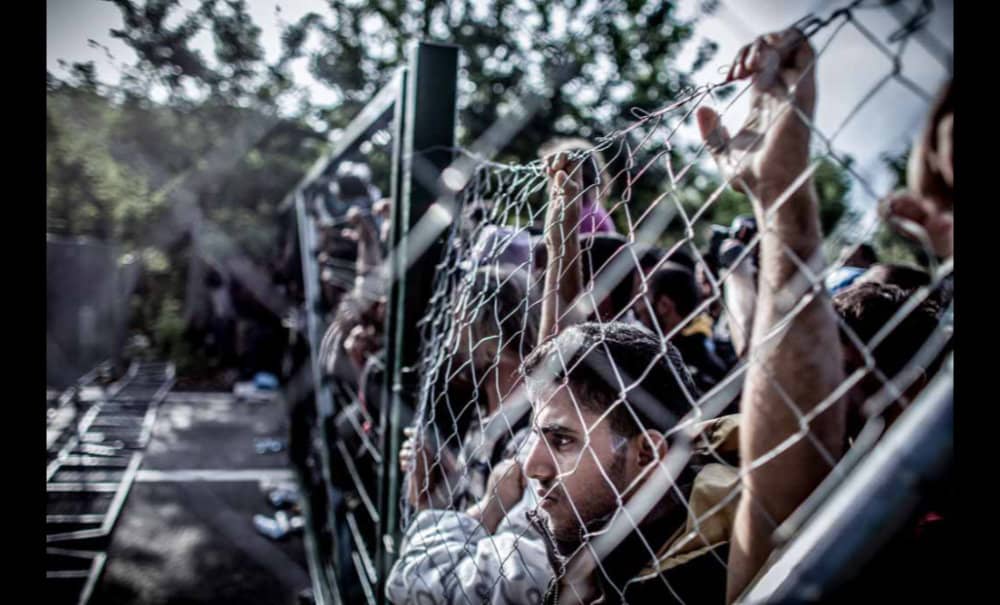 Small victories, temporary defeats – the local landscape of immigration politics is complicated. We bring you our newsletter in hopes it can help you navigate the terrain. Let’s celebrate with DRUM (Desis Rising Up and Moving), the recent decision by Queens DA Melanie Katz to drop all charges against Prakash Churaman, a young Queens resident and immigrant from Guyana falsely charged and held for six years at Rikers. DRUM, together with several other grassroots groups and Prakash himself, worked tirelessly to defeat the injustice of an incarceration system that disproportionately imprisons black and brown youth, including those who are innocent. Welcome home, Prakash.

And let’s note the recent defeat, for now, of a progressive move by the City Council to grant municipal voting rights to hundreds of thousands of immigrants with legal residence in NYC. A Republican judge from Staten Island, one of 324 elected judges composing the New York Supreme Court, just ruled that the new law violates the state Constitution. Activists who have worked for decades to secure noncitizen voting in NYC have vowed to appeal the ruling.

This week’s newsletter surveys a dystopian landscape of immigration politics at the global level, focusing on the history of the international asylum system, and the struggles today of migrants trying to navigate what’s left of it.

1. Asylum: A Human Right Under Attack

Over the last few decades, the world’s wealthiest nations, led by the US, have moved to shred the established global system of asylum and protections for refugees. Catering instead to racist and xenophobic domestic politics, they blatantly violate international law. “This system, once held up as a universal and legally binding obligation, is now treated as effectively voluntary,” writes Max Fisher. The practical repercussions of this change for the world’s hundred million plus refugees are staggering.

In the aftermath of World War II, which created approximately 60 million refugees, world governments met to establish unified asylum policies rooted in international law. The result was the 1951 Refugee Convention, later folded into the “1967 Protocol .” During the Cold War, the US, eager to be seen as a defender of refugees, promoted the Protocol and cemented it into national law as the US Refugee Act of 1980.

The Convention and Protocol require nations to provide asylum to anyone fleeing their home country because of persecution, or reasonable fear of persecution, on the basis of race, religion, nationality, political views, or membership in a particular social group. In conjunction with other international law, the Convention and Protocol extend asylum to refugees fleeing extreme danger from armed groups or because of civil strife. Although the right to asylum does not apply directly to economic or climate refugees, it may apply indirectly if they are endangered by social conflict in the wake of economic or climate catastrophes.

The Convention and Protocol, signed by 148 countries, demand that refugees be treated with dignity and respect. Two key provisions include the principle of “non-refoulement,” which prohibits the return of refugees to a country where they face serious threats to life or freedom; and the fundamental principle that asylum is a human right.  Refugees hold specific rights as well: the right not to be expelled (except under strictly defined conditions), the right not to be punished for illegal entry, the right to work, housing, education, and public assistance, the right to freedom of movement, and the right to obtain identity and travel documents. Any refugee seeking asylum must have their claim considered on its merits.

But today, wealthy countries go to cruel and elaborate lengths to deter asylum seekers, many of whom are fleeing social disasters caused by imperialism. Turning back desperate refugees at sea has become one increasingly common practice. This abuse was pioneered by the US, which began intercepting fleeing Haitians and Cubans in the 1990s. Using “international waters” as an excuse for denying asylum, the US imprisoned refugees in camps at Guantanamo or sent them to other countries. In a 21st-century version of this policy, Homeland Security Secretary Alejandro Mayorkas (who comes from a Cuban migrant family) made it clear to Haitians and Cubans that “if you take to the sea, you will not come to the United States.” The European Union directs similar harsh practices toward Arab and Central African refugees trying to cross the Mediterranean. It has negotiated agreements with Libya and Tunisia to intercept and detain migrants before they can reach land and request asylum.

International law is also ignored for refugees fleeing by land. Mexico has been enlisted to capture and deport migrants from Central America and other parts of the world before they get to the US border. At the border itself, many refugees are turned back by US Customs and Border Patrol on the grounds that they should have stayed in the first country they passed through, something generally not required by the Convention or Protocol. Central American, Haitian, and African migrants who apply for asylum are being illegally forced to wait in dangerous, unsanitary encampments in Mexico. The Trump administration created many new unlawful ways to deter asylum seekers, insisting that the government has the authority to “meter” the flow of refugees and to deny admittance because of Covid 19 using Title 42.

Britain recently announced that thousands of asylum applicants, mostly people of color, will be sent to Rwanda, a continent away. (This while immediately welcoming 100,000 refugees from Ukraine.) Other European governments send asylum seekers to Sudan and Libya, where they face uncertain futures. Greece is violently deporting asylum seekers to Turkey; Spain is confining refugees in Morocco. Israel is imprisoning and deporting African asylum seekers. Australia pays Pacific island nations to detain refugees who wish to make asylum claims, keeping them at arm’s length and isolated. As Laila Lalami summarizes:

“Across the Global North, wealthy countries are outsourcing their border enforcement to poorer countries in exchange for economic, military or diplomatic support. Saddling poor countries with moral and legal responsibility, this collaboration strands refugees thousands of miles away from the safe havens they seek.”

It’s impossible to overstate the brutality and violence that accompanies this racist abandonment of international law and basic human rights. Desperate migrants are literally throwing themselves against the walls and fences put up by rich countries and their allies, and are being pushed back, beaten, gassed, and shot down in response. Refugees are drowning by the thousands, as the navies of rich countries refuse to rescue them. The camps where asylum-seekers are warehoused are often bleak, lacking basic services and even minimal safety. Millions of refugees languish in these camps for years or generations, with little or no prospect of asylum.

In recent days, the US Supreme Court has ruled that the Biden administration will finally be allowed to dismantle the “remain in Mexico” policy initiated by Trump–but only if they want to; it’s not illegal, they say. The administration also seems belatedly poised to end phony Title 42 Covid restrictions. These would be positive steps. And yet Biden has deported more than 25,000 Haitian asylum-seekers. In May alone, 36 deportation flights carried 4000 Haitians back to extreme danger. Only 12,000 refugees of all nationalities have been resettled this year in the US, despite an announced refugee ceiling of 125,000. The US, after its precipitous withdrawal from Afghanistan, is rejecting 90% of Afghans seeking asylum. In other words, the carnage continues.

“If there were only one thing that could be expected from the Biden administration, it would be a more open, welcoming America after four years of his predecessor’s callous disregard for suffering abroad. We don’t have the hostile rhetoric from back then, but the numbers tell us we’re getting pretty much more of the same.”  —Marcela García, Boston Globe