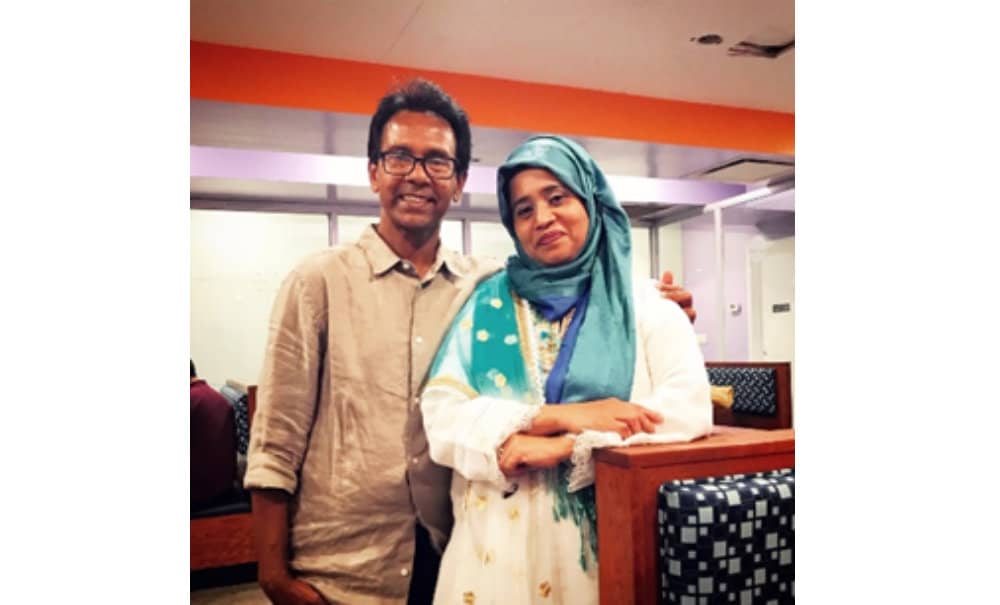 We bring you this week a story of happiness and hope—a local story of one immigrant family’s successful struggle to stay together. We thank the Talukder family, who live here in Queens, for letting us share their story with you. And we are grateful for reminders that sometimes, indeed, collective work can bring the world we want a bit closer.

Next we get behind the recent headlines about busloads of migrants landing in NYC. Sent by Republican governors hungry for a media spectacle, the thousands of migrants and asylum seekers being transported north from the southern border are part of a broader historical fight over the politics of ‘sanctuary’ and the possibility of refuge. 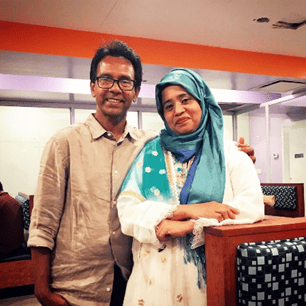 On August 2, 2022, after decades, Riaz Talukder and his wife Sayeda were finally granted green cards and the right to remain in the US with their two American-born sons. This is a story of the importance of community support, the alliance of several activist groups, good legal counsel, and a lot of persistence and patience. Here’s how it happened.

In October 2017, JHISN met with Riaz Talukder, a Bangladeshi immigrant who had been living in the US since he was a teenager, to hear about his immigration situation. We learned that Riaz had come to the US in the 1980s, and been granted amnesty in 1990 under Catholic Social Services which allowed him to live and work here. During a trip to Bangladesh, he received death threats from a political organization. Consequently, when he returned to NY he filed for political asylum. Unfortunately, government policy changed in 1999, and bad legal advice led to a deportation order which Riaz didn’t learn about until 2010 when his home was raided. He was detained for several months and released under an order of supervision requiring him to report for regular check-ins.

JHISN made support for Riaz’s case a priority and informed our JH neighbors about his situation at our annual community gathering. When Riaz’s new lawyer told us that evidence of community support would be helpful, members of JHISN, DRUM, and New Sanctuary Coalition attended Riaz’s October 21 check-in with ICE at Federal Plaza. There we learned that Riaz was to have a “final” ICE check-in on November 20, 2017, with the threat of being deported after 37 years in the US.

Immigrant justice groups launched a petition drive asking the Department of Homeland Security to reopen Riaz’s asylum case. JHISN gathered signatures here in the neighborhood. DRUM and United We Dream crafted their petition and circulated it on social media. NY1 interviewed Riaz and the article explained how he was the sole support of his two sons and wife who was being treated for thyroid cancer. All the petitions plus 100 letters of support were brought to Riaz’s check-in on November 20, 2017.

On November 20, several of us accompanied Riaz to his check-in. We were delighted when Riaz was granted a six-month stay of deportation so that he and his lawyer could pursue his asylum case. DRUM and JHISN held a planned press conference that announced the good news.

JHISN, DRUM, and United We Dream continued the petition drives, energized by the promising news. Many Jackson Heights community members—perhaps some of you—signed on in support of Riaz’s case. Then in June 2018, Riaz’s lawyer reported that the deportation order had been canceled and the asylum case reopened. The judge’s decision was influenced by the volume of community support, a psychologist’s report on the problems the family would face if the deportation occurred, and the local news coverage.

During the next four years, Sayeda’s health improved, the older son graduated from high school and entered college, and the younger son finished middle school and started high school. Riaz and his family were able to buy a taxi medallion and a house. Finally, on August 2, 2022, with the news of green cards, they have achieved stability and safety.

On August 14, Riaz and Sayeda invited JHISN to participate in a celebration dinner. The food chosen by Riaz and Sayeda was delicious. There were reminiscences and lively talk and a lot of laughs. The family thanked JHISN for our work. It was a pleasure to share their happiness and to be a small part of one immigrant story that ends with justice.

2. The Political Theater of Abuse: Abbott Buses Migrants Out of Texas

“In Texas, they told us that here, we would get help with housing, work and everything else we needed … It was all a lie.” –Juan Rojas, migrant bused from Texas to Washington, DC

In the last several months, an estimated 8–9,000 migrants who crossed the border from Mexico have been bused to Washington, DC, and New York City. On August 31, the first bus of migrants from Texas arrived in Chicago. Migrants’ lives have become unwitting players in Republican fever dreams of punishing “sanctuary cities” for daring to protect immigrant justice and safety.

No one actually knows how many migrants are being transported in this historically unprecedented exodus. There is no communication between the Republican governors who are overseeing the expulsion of migrants from their state (Greg Abbott of Texas and Doug Ducey of Arizona) and the mayors of targeted northern cities where the chartered buses land. There is no documentation of the undocumented migrants caught in this new act of right-wing political theater.

The extraordinary $12 million spent so far by the state of Texas on busing migrants northward is the latest cynical escalation in the ongoing demonization by Trump and the Republican Party of “sanctuary cities” as havens of immigrant crime. Launched in the mid-1980s by mostly religious organizations, the Sanctuary Movement mobilized municipal support and legal protections for hundreds of thousands of migrants displaced by wars in Guatemala and El Salvador. The aim of the Sanctuary Movement since then has been to lessen the daily threat of deportation and create greater trust between local law enforcement and immigrant communities.

The Right sees sanctuary as a wedge issue. Mobilizing disinformation and fear, the Trump administration threatened to cut off federal funding to “dangerous” sanctuary cities in 2017. Many mayors and cities—like NYC, Seattle, Chicago—held firm and pushed back; California declared the entire state a sanctuary space. But Texas, led by Governor Abbott, banned sanctuary cities throughout the state. Now, Abbott accuses sanctuary cities like New York, DC, and Chicago of ignoring the Biden-induced migration crisis on the southern border. He is spending millions in state taxpayer dollars to fill up charter buses with recent migrants and send them to sanctuary cities in the north. Overwhelming both city resources and local immigrant advocacy groups, the busing of migrants to NYC also creates a delicious political spectacle for right-wing corporate media.

Director of Homeland Security Alejandro Mayorkas complains that Governors Abbott and Ducey’s busing scheme is “making things worse,” with their unilateral decisions and total lack of collaboration with the federal government. NYC Mayor Eric Adams announces emergency measures to expand the city’s homeless shelter system in response to over one thousand asylum seekers being bused into Port Authority.

On the ground, some migrants are glad to head north where there may be family awaiting, and where the court system may be more favorable for their asylum cases. But others report that they did not willingly get on the bus in Texas. Or that they were surprised to get off the bus and learn they were in NYC, having been told they were going to a different destination. Many recent migrants come from Venezuela—where six million people have left in the last decade as the country enters economic and political free fall—with no relatives or settled immigrant communities anywhere in the US.

Some newly-arrived migrants in NYC “are sleeping in the parks,” according to the director of Catholic Charities which, along with other non-profit and grassroots groups, is trying to provide resources and a warm welcome to unexpected busloads of human hope and human need.

Immigrant justice organizations and local volunteer groups in NYC  are asking the urgent question, “How can we welcome and aid newly arriving immigrants?” Can we also keep alive the question, “When will the United States become a sanctuary country?”