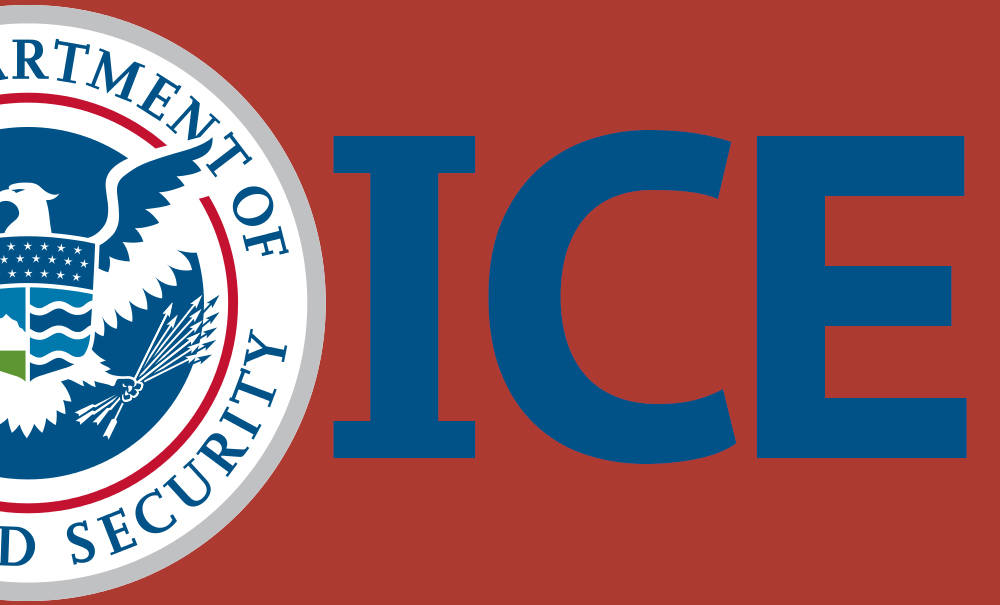 We are living in the middle of a human rights emergency. The ongoing war against immigrants and refugees is a catastrophe, not just for its direct victims, but for all freedom-loving people. This war, which so far is mainly one-sided, has become a focal point for some of the worst aspects of US society—white supremacy, xenophobia, imperial chauvinism and neofascism. We believe that demanding an emergency moratorium on deportations and immigration detentions is a way to fight back, to mobilize progressive sentiment, and to transform the popular discourse on immigration.

The current mainstream discourse about migration, including the discourse inside the Democratic Party, effectively disregards the human rights of refugees and immigrants. Instead, the dominant narrative is based on a morally bankrupt distinction between so-called “good immigrants” who can be allowed to be in the US and “bad immigrants” who should be locked up or deported. Similarly, the dominant narrative claims to distinguish between “real refugees” and “phony refugees.” The present human rights emergency exposes the reactionary essence of this mainstream discourse. Trying to make a distinction between “good immigrants” and “bad immigrants” is fundamentally unprincipled. It is rooted in privilege, racism, fear and ignorance, and completely fails to describe the reality of actual peoples’ lives.

In terms of policy, this narrative is embodied in various proposals for “comprehensive immigration reform.” These proposals are based on the idea that Democrats should agree to Republican demands for increases in border enforcement and deportation in exchange for certain limited protections for select groups of migrants—those currently defined as “good immigrants” or “real refugees.” This has been the consensus approach of the Democratic establishment, among others, for decades.

Trump and the Right are very much at home with this discourse. They are actively and purposefully demonizing and dehumanizing more and more categories of immigrants and refugees, portraying them as enemies and criminals who should be rejected from this society. It’s clear to everybody that Trump and the Right are pandering to white supremacy and nativism.

But mainstream liberals don’t actually have a response. By agreeing to argue over where to draw the line between “good” and “bad” immigrants, they have ceded the terms of the discourse. They aren’t fighting for the right of immigrants and refugees to be here. Instead, they claim to be sympathetic, or open to giving permission—at least in certain cases that they choose, based on what Republicans or most white people might find acceptable. They horse-trade and play numbers games with peoples’ lives. Their concept of “comprehensive immigration reform” cruelly betrays and criminalizes tens of millions of immigrants and asylum seekers: Those who are just bargaining chips to them. Those who they don’t think are worth expending political capital for. Those who don’t merit their charity for some reason.

Therefore, It’s crucial to change the popular discourse on immigration and asylum. This is at least as important as formulating specific legislative reform proposals. It’s our responsibility, in the course of our everyday activism, to attack the current mainstream narrative, and to replace it with one that is grounded in morality and justice.

Our fundamental position must be that migration and asylum are human rights. There is nothing criminal about wanting to survive, or wanting a better life. In fact, trying to deny human rights to others is the true crime. Nobody should get away with discriminating between “good” and “bad” immigrants—or “real” and “phony” refugees—because of their nationality, race, religion, gender, personal history, or when and how they or their family came to be in the US.

It’s the height of hypocrisy for the descendants of European settlers—who stole the land, imposed its borders through violence, and built an empire based on slavery and overseas plunder—to sermonize about who is good enough to live here. It is especially hypocritical when US foreign policy and US corporations continue to cause widespread misery overseas, forcing more people to migrate or flee for their lives every day.

The human rights struggles of immigrants and refugees have the potential to be—and show signs of becoming—a powerful movement for progressive change in the US and around the world. At its core, this movement raises the demand for immigrant and refugee rights, not just appeals for sympathy. Attempting to divide immigrant from immigrant and refugee from refugee represents an attack on the unity of this movement, serving to hold back its potential and obscure its deep political significance.

The fight for the human rights of immigrants and refugees needs a practical focus. Given the vicious racist attacks against immigrants and asylum seekers in the US, and given the destructive effects those attacks are having on the whole society, we call for an immediate emergency moratorium on all deportation, as well as on all arrests and incarceration based on immigration status. This means not just demanding the abolition of ICE, but breaking the dictatorial power that ICE, the Border Patrol and all law enforcement agencies are exerting today over the lives of immigrants and refugees. It is a declaration that immigration and seeking asylum will not be treated as criminal acts.

Proposing an emergency moratorium is not the same as calling for open borders. A moratorium isn’t a final decision on whether and how borders should be regulated. (We note that for decades many millions of Europeans were welcomed through Ellis Island and other ports of entry. Nobody seems to call that policy “open borders.”) The demand for an emergency moratorium, while clearly repudiating the racist demonization and criminalization of immigrants, is focused and practical. It puts the spotlight on stopping the most destructive violations of immigrants’ and refugees’ human rights that are happening right now.

Based on recent polling data from various sources, it appears that the demand for an emergency moratorium on deportations and detention can draw on a significant reservoir of pro-immigrant sentiment:

Of course it would be a mistake to minimize the strong anti-immigrant sentiment that exists in this country. And much of the support for immigrants is conditional, based on immigrants meeting certain criteria (being “good immigrants”). This is the position that has been encouraged and pandered to by many politicians for years.

Attitudes towards refugees at the southern border are definitely quite mixed. For instance, about half of adults in the US have the opinion that “immigrants seeking political asylum at the border should be made to stay in Mexico while they wait for their claims to be processed.” And almost half think that asylum-seekers at the border aren’t really fleeing violence, but “trying to get around the normal process of applying for entry.” (Monmouth, April 2019.) There is plenty of support for increased border enforcement, too.

However, it’s clear that there is a lot for us to work with in terms of public opinion. Most people in the US seem overall to be pro-immigration, and large numbers are opposed to detention and deportation. This sentiment can be mobilized and deepened by calling for an emergency halt to the racism and cruelty of the current policy.

Demanding an emergency moratorium will focus the nation’s attention on the violations of immigrants’ and refugees’ human rights. 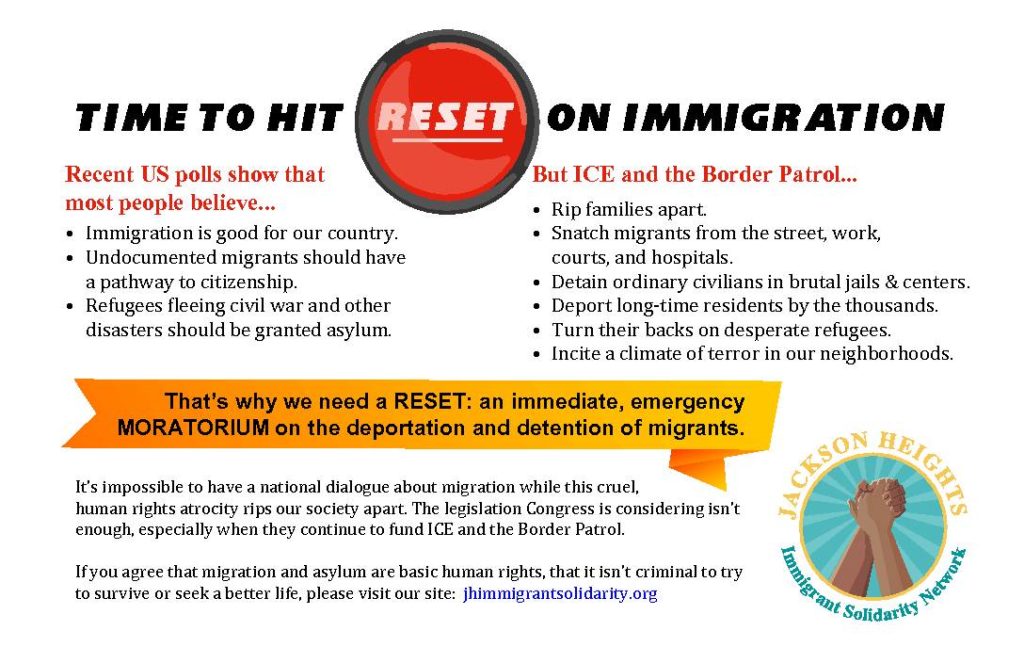 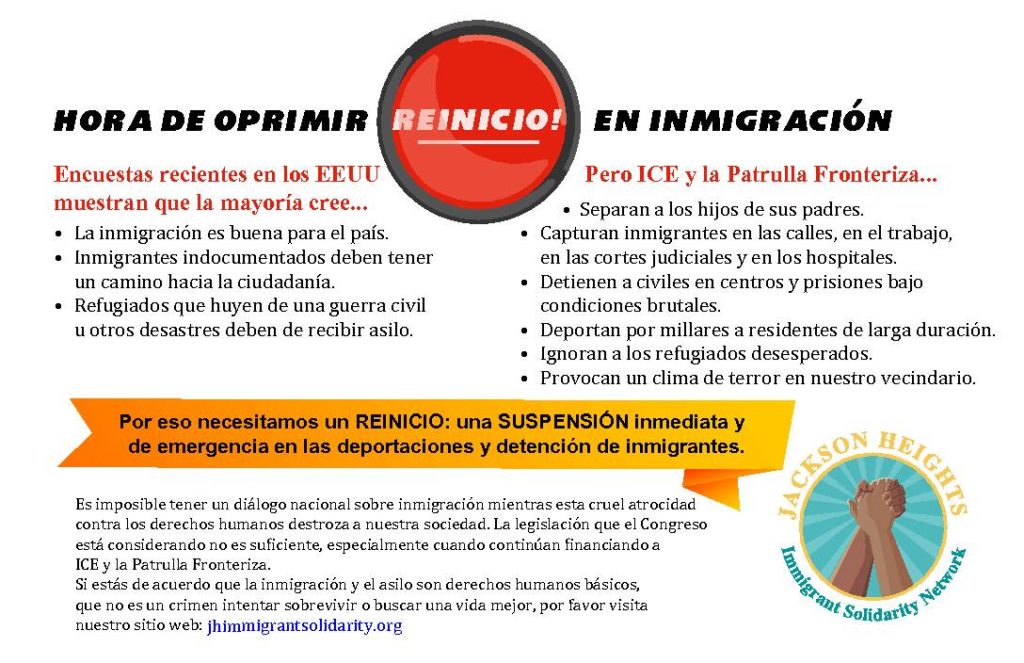 5 comments on “Stop the Deportations! Stop the Detentions!”