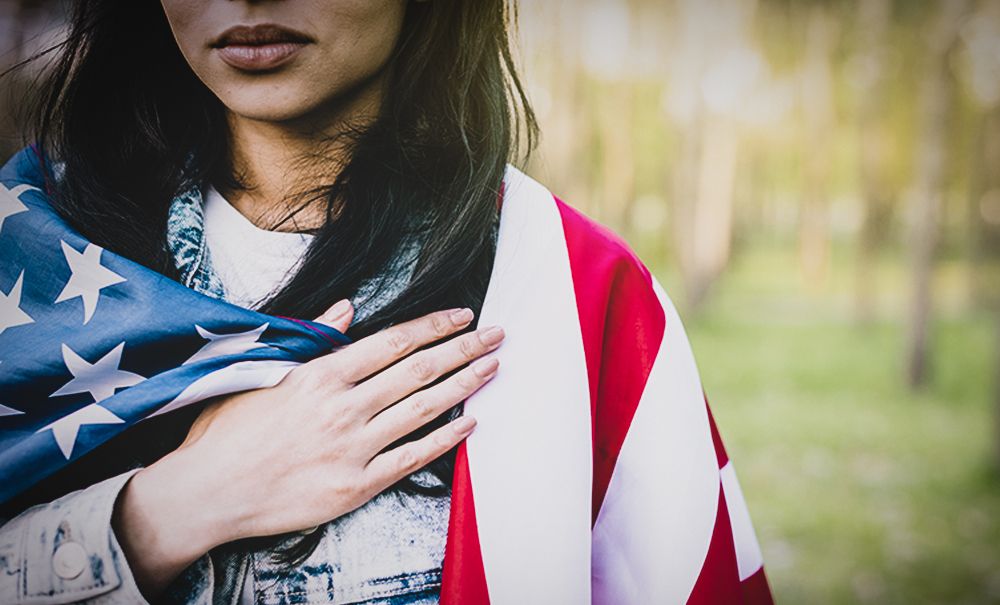 If you stop and think about it, citizenship is a strange phenomenon. It’s an “official” status that gets assigned to each of us, for better or worse, based on lines on a map, and accidents of birth. It’s a way that governments separate and classify us. It can be the most ordinary, bureaucratic thing in the world—or a matter of life and death.

For most people who are born in the US, citizenship is automatic and routine. They don’t do anything to get it, and they rarely give it a thought. But for hundreds of millions of people, survival itself rides on citizenship. Citizenship can lock a person into a lifetime of hunger and fear, unable to cross borders to seek a better life. Or it can virtually guarantee the basic necessities of life, safety and opportunity.

Currently there are about 730 million people in the world living on less than $1.90 a day—what economists classify as “extreme poverty.” Virtually none of these people are US citizens. Meanwhile, 16% of Honduran citizens, 21% of Indian citizens, 22% of Laotian citizens, 23.5% of Haitian citizens, and over 77% of citizens of the Democratic Republic of Congo endure such destitution. All because of where they were born.

For many migrants, gaining US citizenship is a prized accomplishment. It’s not always possible to become a citizen, as we know. When it is possible, getting it often requires a difficult struggle. We should support migrants in this effort, admiring their fortitude and the sacrifices they make while seeking a better life for themselves and their families.

But we must also recognize that US citizenship often functions as a form of privilege in the world. Statistically, US citizens have a much higher standard of living, more options, and more personal security than most of the world’s people. Looked at historically, this is mainly due to the power and wealth of US imperialism, which has used military force and economic blackmail to dominate other lands. Most of the profits of imperialism go to a tiny percentage of super-rich monopolists. But some of the advantages go to ordinary US citizens, too.

Imperial privilege, infused with racism, was integral to the origin of the US. Citizenship was for white settlers only. It was based on genocide against Native peoples, their enslavement, and theft of their lands. (Native people weren’t legally considered US citizens until 1924.)

It should go without saying that African slaves weren’t US citizens. The first slave ship arrived in Jamestown in 1619. Only in 1868, 249 years later, did African Americans gain birthright citizenship. Nevertheless, their citizenship was questioned and restricted for generations after that, with many white politicians advocating Black deportation and promoting white nationalism.

The US seized half of Mexico in 1848. The 80,000 Mexicans living in the occupied territory became US citizens overnight, whether they wanted to or not. Those new citizens were still subjected to violent white racism; many were forced off their land or illegally deported in the following years. On the other hand, Mexicans who happened to live on the south side of the newly-imposed border became “illegal aliens”in the eyes of the US—restricted from crossing into the northern half of their own nation.

Ethnic Chinese people born in the US were denied birthright citizenship until a hotly-contested Supreme Court ruling in 1898.  Even then, Chinese and other non-white immigrants were strictly prohibited from becoming naturalized citizens of the US for decades—until 1952, to be exact.

We know that citizenship doesn’t guarantee equality. Nationally, women citizens didn’t get the right to vote until 1920. In 1898, nineteen years after the US invaded and occupied Puerto Rico, people born on the island were formally declared US citizens. But Puerto Ricans still can’t vote in presidential elections, unless they leave Puerto Rico to live in one of the States. They don’t get all the same federal benefits as other citizens, either. Similar restrictions apply to the residents of the US Virgin Islands, Guam, and the Northern Mariana Islands.

Meanwhile, the stark distinction between citizens and non-citizens inside US borders is a persistent feature of our society. Non-citizen residents face discrimination in many walks of life, whether they are in the US legally or not. On average, non-citizens make about 20% less in wages. They are frequently turned down for jobs that are reserved for citizens. Their immigration status makes them vulnerable to exploitation and police abuse. Legal residents may be denied important government benefits, such as retirement programs, welfare, health care, public housing, and access to higher education, all depending on a patchwork of arcane state and national laws.

The current US administration has recently activated a provision of the Patriot Act that allows them to imprison non-citizens forever, without trial, if the government considers them to be a “threat,” but finds them difficult to deport for some reason. (For instance, if their country of origin refuses to accept them.) Their status is considered to be similar to the prisoners in Guantanamo. No evidence of  an actual threat needs be proven—the government claims to have complete discretion when it comes to non-citizens.

Even when migrants do manage to become US citizens, that status can be taken away. Right now the government is ramping up a program called Operation Janus, started under the Obama administration, which actively attempts to deport people who are naturalized citizens, especially Muslims and politically active people. The Department of Justice looks for technical flaws, omissions or false answers in these citizens’ naturalization paperwork, often going back decades. The DOJ is working to literally undo the citizenship of people they don’t like. Operation Janus further illustrates the politicized and racially-determined character of US citizenship.

Citizen privilege obviously isn’t the only form of privilege that affects our society. White privilege has always played a particularly central role in this country. And male privilege infuses US society, like every society in the world today. There are other kinds of privilege as well. All these forms of privilege overlap and interact with each other in a variety of ways. In fact, the history of citizenship in the US, with its intimate connections to white supremacy, is a good example of this.

Recognizing that US citizenship is a privilege doesn’t mean disregarding other forms of privilege, or minimizing the oppression of citizens of color, women citizens, or any citizens struggling for equality, justice and a decent livelihood. Rather, it means adopting a global point of view. It means seeing our society through the eyes of billions of non-US citizens around the world who are struggling for those exact same things. Many of whom are migrants being driven from their homes by US imperialism.

Understanding US citizenship as a privilege helps inform our fight for migrant rights. It puts a spotlight on the fundamental unfairness of determining peoples’ fate according to where they were born, the color of their skin, or the color of their passport. It forces us to question the logic of today’s borders. How sacred are the lines on the map that were drawn by invaders and occupiers? Why can billionaire investors live and invest any where in the world, while ordinary people are prohibited from seeking a better life in another country?

By acknowledging that citizenship privilege in the US is intertwined with colonialism, we strengthen our determination to welcome and support migrants whose lives and livelihoods overseas have been devastated by US corporations and US government policies. This acknowledgement further motivates us to help reverse and repair colonialism’s damage, so that people can choose to stay in their home countries if they wish.

Finally, an awareness of citizenship’s history and role in the world underlines the responsibility of US citizens to make use of their own privilege in the battle for migrant rights. Citizenship’s advantages bring with them an obligation: to fight alongside those who seek, demand, and battle for an equal chance in life.