By Jackie Orr, Activist and Member of the Jackson Heights Immigrant Solidarity Network

"I am not there to ‘aid.’ I stand in solidarity. We do not need medals. We do not need authorities deciding about who is a ‘hero’ and who is ‘illegal’ …. What we need are freedom and rights."
—Pia Klemp, captain of migrant rescue ship, arrested by Italian authorities in August 2017

The man, hands cuffed behind his back, was taken off the train platform by three uniformed border patrol agents wearing guns and bulletproof vests, and accompanied by a German Shepherd straining at the leash. The man’s encounter with U.S. Customs and Border Protection (CBP) was just beginning. I stood watching in the doorway of the Amtrak train car where the man had been a passenger; my own encounter with US Border Patrol was ending. The man is now being pressed through the US deportation machine. I am now sitting safely in my home writing you a story about what it might mean today to be a US citizen, watching non-citizens being detained, incarcerated, and cued up for deportation. What will we do besides watch?

My encounter with CBP began on the sidewalk outside the Amtrak station. A uniformed man approached me as I stood next to my luggage. With a friendly smile, he asked, “Are you a citizen of this country?” The sun was shining, and I was a white, middle class , fiftysomething, US citizen who had never before been asked this question by an official bulked out in militarized gear, smiling. For a moment I was speechless. Then a mental rerun began of several videos I had watched this summer, posted by people driving through border patrol checkpoints in the Southwest and exercising their rights. I said, “By what legal authority are you asking me that question?” The agent looked bemused and said he wasn’t in the mood to have that conversation. I said, “I refuse to answer your question.” He smirked and said, “You already did.” And walked away.

I followed him. Because I had watched those videos. Because the ghosts started dancing, ghosts of fascism and trains and uniformed men demanding identity papers. Because the smirk made me angry. Because he looked like a cold threat on a warm, sunny day. The agent entered the train station, and I kept following—and now saw two more uniformed CBP agents awkwardly standing around. I approached all three of them, again asking by what legal authority they posed their ‘citizenship’ question. In the 10-minute conversation that ensued, I learned some useful things. That US immigration agents since 1952 are allowed to  “search for aliens” on railway cars, ships, and other transport vehicles within a “reasonable distance” from the US border. That questions about citizenship status are a ‘consensual interaction,’ and the immigration agent is not permitted to in any way coerce a response. That three men with guns enjoy mocking a white woman citizen (no weapon) who asks questions.

My train was pulling into the station, and I went up to the platform. I was surprised to see one of the CBP agents boarding a train car ahead of me. I followed him. He was asking some people, not others, the question: ‘Are you a citizen of this country?’ When he entered the next train car, I followed him and said in a loud voice (I hoped no one could hear my voice shaking), “You are not required to answer the questions you are about to be asked. And if you are a US citizen, it may be useful to non-US citizens around you to refuse to answer this question.” The CBP agent then said, equally loudly, “If you are an alien and you do not answer my questions, you can be arrested.” My head spun with the illogic of what he was saying—how would anyone know you were undocumented if you remained silent and didn’t answer the question, which is the right of citizens and non-citizens alike? I stopped following him when I saw him exit the train car. And I thought everything was over.

It wasn’t over. A few minutes later, as the train was still held in the station, I entered another train car looking for a seat and saw a man, hands behind his back, being led down the aisle by a border patrol agent. My heart died. He was being taken off the train. “Is there a phone number you want me to call, to tell someone what has happened?” I cried out. Dying again inside because I could only speak English, not Spanish. The man looked at me with an extraordinary calmness, and shook his head. He was taken off the train and the two other CBP agents quickly appeared, one with a German Shepherd, and walked the detained man down the platform ramp, disappearing.

What happened in the next hours on that train? Two passengers passed me small folded written notes, thanking me for my “courage.” One of them, a Canadian citizen, wrote that she was shocked by what she had just witnessed, and that the man detained had two children, both of them still on the train and sitting a few seats back. Conversations with the two teenage children, shocked and red-eyed, now returning home on a train without their father. Google searches for more information on the legality of border patrol operations and stories of citizens’ resistance. Wait in line for the bathroom where a young woman, a recently naturalized citizen, tells me that when the border agents asked her if she was a citizen, it was the first time that her heart didn’t race, and she told them ‘Yes.’ But then she saw how they moved through the train car and arrested the man. And so she had spent the last 4 hours posting to friends, and searching Google about Amtrak trains and border patrol searches, and preparing herself to say something different next time. She says, “You were badass.” I say, “I was scared, I didn’t feel badass at all … I was angry and scared but I’d watched these videos that gave me ideas about what else to do.” Phone call to my partner, weeping, to say that nothing that I did made any difference; this man’s life was changed by being detained, while his children watched. Learning that a local immigration and refugee defense network had immediately sent volunteers to that train station—where five people had been detained before 12 noon. Weeping again, with an intimate gratitude, for all the people trying to resist.

“I am listening to what fear teaches. I will never be gone. I am a scar, a report from the frontlines, a talisman, a resurrection. A rough place on the chin of complacency,” writes Audre Lorde in 1988. Thirty years later, her words reverberate across this landscape of deportation terrors and immigration raids. How to create, individually and together, a ‘rough place on the chin of complacency’?  How to use fear’s lessons to mobilize the security and privilege of US citizenship in the name of immigrant freedom and rights? I write you this story from the safety of my home, in the shadow of a stranger’s detention and the haunting memory of his calm demeanor, performed in part for his children seeing him being handcuffed and taken away. I write you with the honest question, what can you do besides watch? Bravery is not required. You don’t need to be a hero. Find what you need to act. You can cry or tremble inside later … many of us do. But don’t think you are not needed. You are. We are. The time is here. To do everything that we can. 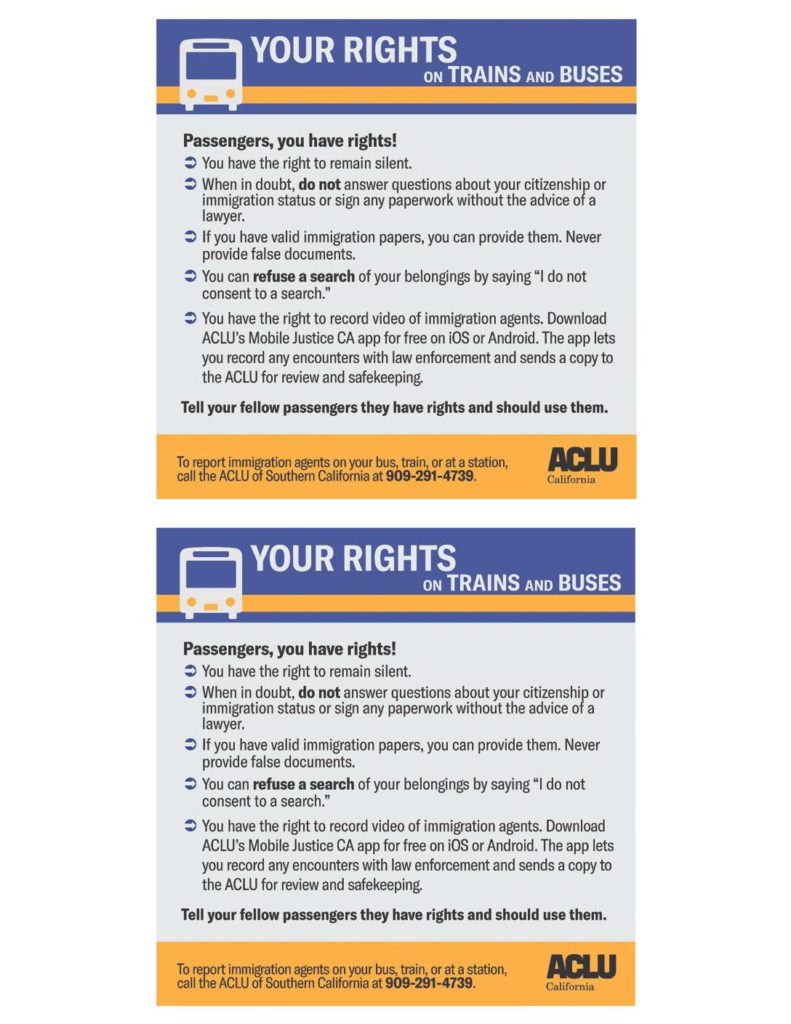 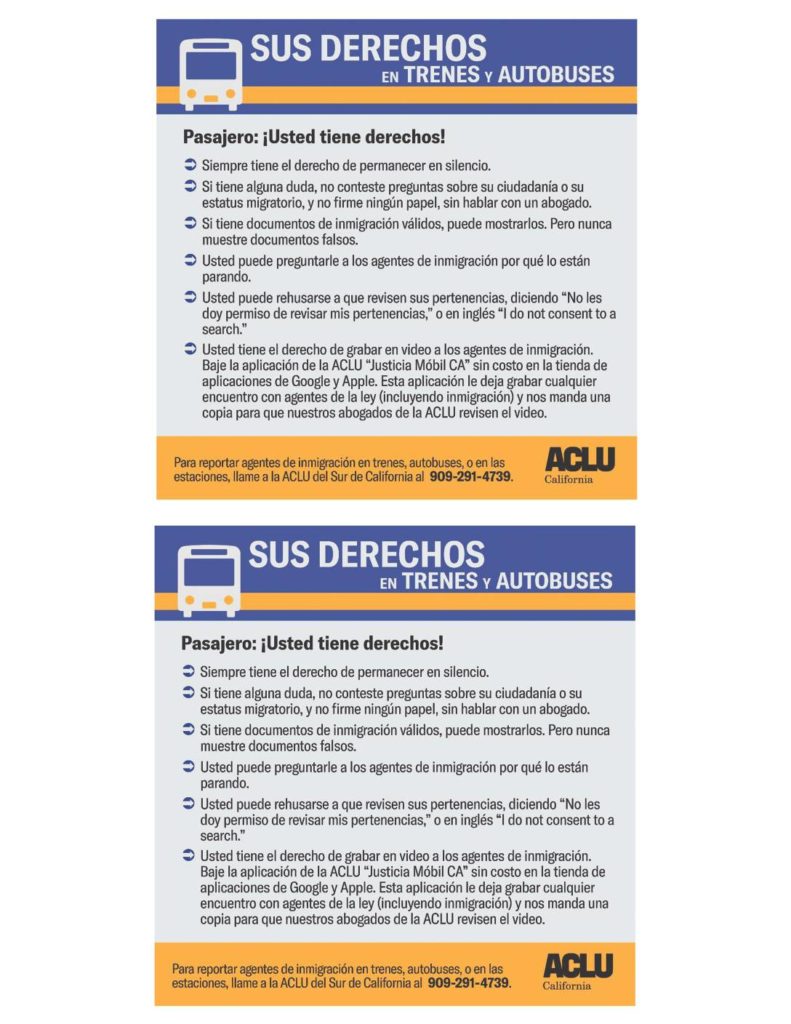 3 comments on “How To Not Be Brave”