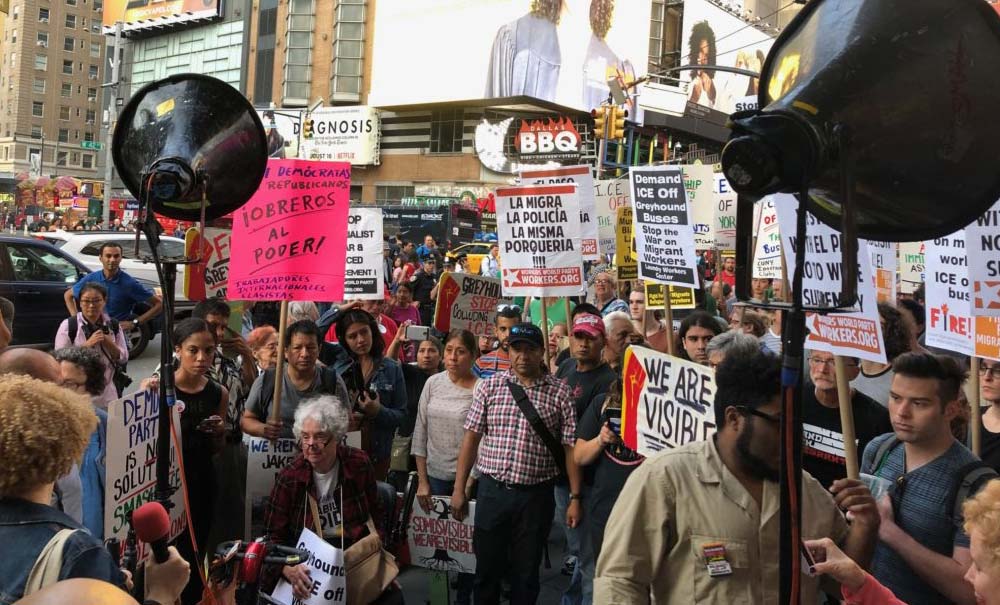 “As I followed hundreds of protesters down the escalator to the Greyhound ticket counter, our lively chant ‘ICE off the buses! ICE out of New York!’ engulfed the sound space of the Port Authority.” –Dovar Chen

On Friday, August 23rd, members of the Jackson Heights Immigrant Solidarity Network attended a spirited protest against Greyhound Bus at the Port Authority Building in Manhattan. Although Greyhound is not legally required to let ICE or the Border Patrol onto a bus without a signed judicial warrant, which they almost never have, Greyhound has been allowing immigration agents to board buses. Agents walk up and down the aisles demanding documents from passengers to prove their immigration status. Some people are pulled off buses and detained.

Friday’s protest was part of a growing nationwide campaign to force Greyhound to change their policies and stop assisting the administration’s attack on immigrants or allowing the government to intimidate passengers.

Dovar Chen, a member of the Jackson Heights Immigrant Solidarity Network, attended the event. “I found the experience empowering and uncanny. Exactly one week before, I was accompanying a person who was just released from a NJ detention center to Port Authority to catch his Greyhound bus. We spent hours at the Port Authority waiting for his phone to recharge from months of no use; to buy a prepaid SIM card, so he can reconnect with his family via cellphone; to stand in a long line to print out the bus ticket for his upcoming two-day journey back to Texas to reunite with his family.”

Greyhound has argued that they let immigration agents board buses for the “safety” of their drivers and passengers. This excuse has been exposed by the drivers’ union, which argues firmly against the company’s policy of letting ICE and the Border Patrol onto buses.

Grassroots groups will continue to keep the pressure on Greyhound. The ACLU is sponsoring a national petition campaign. Please sign their petition. As Dovar Chen said, “People’s solidarity and voice empower us—we are not alone in this struggle. Not me, and not you. Together is the best way to fight injustice, and inhuman and oppressive government practices.” 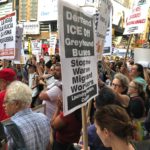 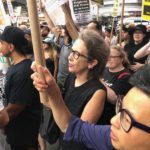 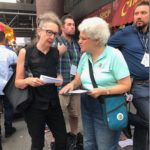 3 comments on “Greyhound Protest Draws Hundreds to the Port Authority”