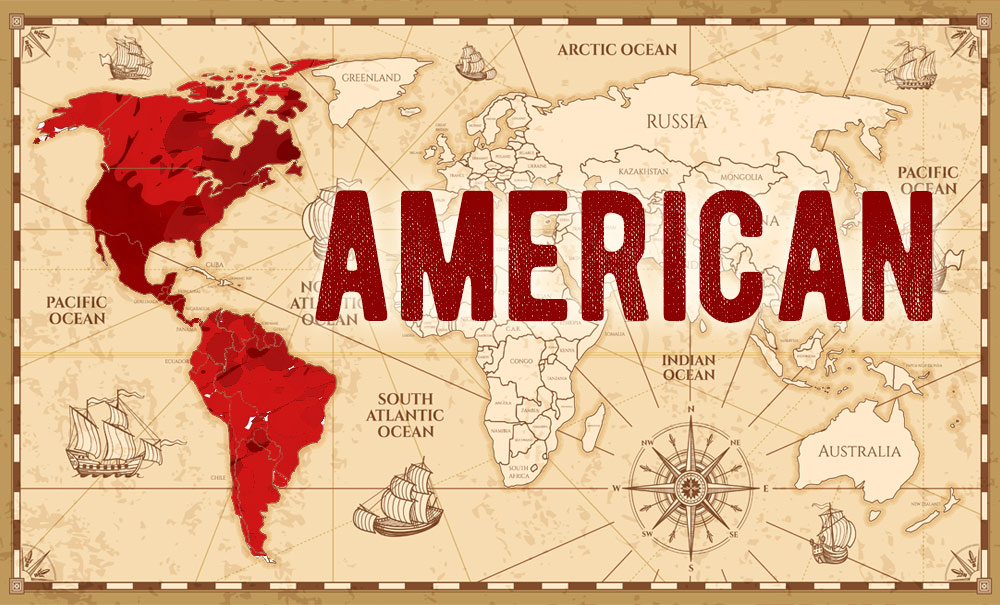 This happened a long time ago, but it made a big impression on me:

I was a young white activist, recently moved to the US Southwest. An older Mexican guy named Oscar had taken me under his wing, helping me survive in a factory job that I had more or less faked my way into. Oscar knew a lot about the world, and we talked about politics all the time.

One day, I was yakking away about American foreign policy, and the relationship between America and Mexico, and he held up a finger. “You know, Mexicans are Americans too,” he said.

It was so obvious, but it stopped me cold. How could I have been so blind? What kind of arrogance does it take for a country to assign itself the name of a whole continent, as if all the other inhabitants of that continent didn’t matter?

Soon afterwards, I started getting involved in Latin America solidarity organizing, and I began to travel in Mexico. I studied Spanish, and got to know lots of Mexican and Central American activists. I noticed that none of them referred to US residents as “Americans.” Apart from slang words, they used two terms: “norteamericanos” (North Americans) or “estadounidenses” (United Statesians). The same terms were used in Latin American books, newspapers and magazines. They still are.

My Mexican and Central American friends didn’t make a big deal out of it when people from the US called themselves Americans. But they noticed who did, and who didn’t.

I try not to refer to this country as “America,” or talk about US residents as “Americans.” But it’s easy to fall back into that usage. I understand why most people in the US, like my younger self, don’t even consider it an issue. Because every aspect of our society is infused with “Americanism,” from our everyday speech, to the media, to patriotic songs. This is part of the imperial politics of language, which ultimately grows out of economic and military power.

In the Americas, far too often, might makes right. Habits of cultural arrogance and political domination have become entrenched over time. Normalized. In fact, these days I sometimes hear Spanish-speaking people refer to North Americans as “Americanos.” I’ve been told that in some parts of Latin America, this is normal usage; in other parts it’s considered insulting. (Few people in Latin America refer to this country as “America,” since that’s just confusing.)

Meanwhile, there have always been people inside the US who reject the label of “American.” For instance, some Indigenous people dislike the term “Native American,” which was first promoted by the US government. They have their own names for themselves and for the land. Why should they accept the name “America,” derived from Amerigo Vespucci, one of the European invaders? Some radicals of African descent refuse to call themselves “Americans.” They don’t wish to adopt the term that the slave owners and overseers used to describe themselves. Many people of Mexican heritage prefer not to be called “Mexican-Americans.” It seems redundant, and a denial that Mexicans were already Americans before the US seized half of their territory. For instance, my friend Oscar, a US citizen, insisted he was “Mexican,” period.

Everybody has to decide for themselves whether or not to use “America” to refer to the US, and “American” to refer to US residents. But I would argue that it’s something that deserves reflection, especially for those of us who support human rights for migrants.

We should at least pay attention to how those words sound in the mouths of our opponents. Anti-immigrant forces in this country talk about “defending America’s borders.” In August, Tucker Carlson of Fox News, speaking about the Central American caravans, asked his viewers, “Will anyone in power do anything to protect America this time, or will leaders sit passively back as the invasion continues?” Rush Limbaugh says that if the migrant “invasion” isn’t stopped, this country will lose its identity. “The objective is to dilute and eventually eliminate or erase what is known as the distinct or unique American culture.”

In these disgraceful passages, we witness Euro-Americans, descendants of settlers, describing other Americans, many of them indigenous to the continent, as outsiders to America, invaders of America and destroyers of American culture. This is a prime example of what psychologists call “neurotic projection”: Falsely accusing others of doing exactly what you did to them.

Anti-immigrant sentiment can be expressed in many ways, using different language. Plug “the US” into those sentences, and they are still reactionary. But it seems to me that Carlson and Limbaugh’s arrogant use of the term “American” is part of, and helps amplify, their racist message.

What do you think?